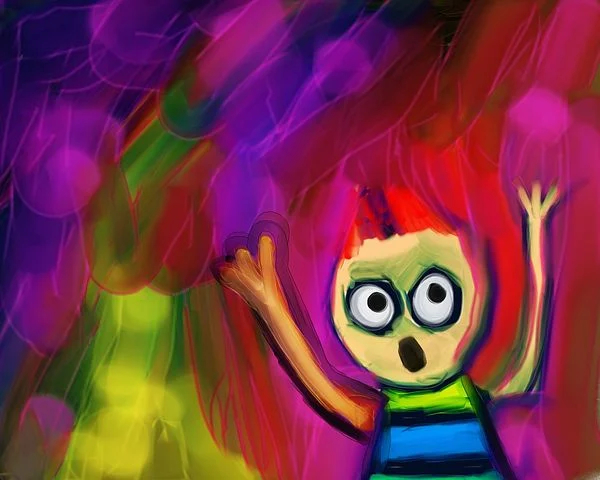 3 Players I Enjoy, But Cannot Stand to Watch

Professional sports are weird because we actively have to separate the on-court product from the actual person. But I guess you can say that for literally any job except, perhaps, politics. All those people legitimately stink. For example, ‘basketball IQ’ isn’t at all reflective of real life, personal intellect, (word to Robel of YouTube’s ‘Sub Me in Coach’ for noting how arbitrary and dated the concept of ‘basketball IQ’ is). Annoyance between men on the court isn’t reflective of annoyance off of it. Players that feud and spar after plays may spend their Christmases together. Best friends can exhibit little to no chemistry through a season, whereas strangers may click immediately. It’s crazy like that.

In music, there are always artists who are tremendously likeable. Their charisma slots them into every late-night talk show spot and Saturday Night Live guest appearance. Their social media accounts garner followers that amount to the population of the U.S and YouTube videos with views that account for a quarter of the global populous. But for some odd reason, I can never appreciate the music. I pride myself in being the anti-contrarian, anti-rockist. I swear I’ll listen to anything—the product of a personal and futile attempt to shed myself of any socially taught conceptions of what is highbrow and what isn’t. I will listen to top-40 fluff if the melody is sweet enough, I will listen to underground drill music cobbled together with free beats available on online forums if the gunshots hit the right notes. But what makes us ‘us’ is the subjectivity of art. Sometimes, something is not for you. Whether is due to your unique formative experiences, or other subconscious biases you have yet to confront— it really doesn’t matter. I’ve found that these same principles apply to the NBA, so here is a list of 3 current players I can’t bear to watch for a full 48, but who I will unabashedly consider myself a fan of.

This is an easy one. Russ is cool as hell. His confidence is enviable, he dresses like a West African international student heading to UCLA (and whose friend I will be, by force), he’s married to his college sweetheart and his children are cherub versions of himself. What’s not to love?

He’s indulged in his fair share of brilliance over the course of a pretty illustrious career. Russ’s dominance and charisma often finds itself oozing onto the court, but my God can he be a spaz. When it comes to play, I like predictability to be present around 70% of the time. I like seeing go-to plays work continuously. Russ gives that about 40% of the night. It’s too exhausting for someone as easily anxiety induced as I. Nothing personal.

I think it’s the opposite for most. NBA fans relentlessly tease Simmons for his dating life, ambiguous lightskin tendencies and general on-court aloofness, but those same people will be the first to shower him in his unearned, lottery pick flowers—endlessly soliloquizing his imagined potential and Lebron-adjacent style of play. For myself, the former qualities are my favourite things about him. Ben is a grade-A weirdo and it’s time we invite him into the coven. His religious refusal to shoot is fucking principle at this point; principle wrapped in a quilt of his own expressed stubbornness, anxieties and fear of failure. Relatable king.

Ben Simmons is a supremely talented shot creator. When on the court, good things happen for his team. He has disciplined himself into a talented defender, finally utilizing his freak athleticism to truly switch from 1-5. But, I must say… I’m waiting for his individual offensive output to catchup. Simmons possesses all the tools to transform into a downhill menace, but his overpassing out of high percentage layups into low percentage 3’s from perimeter players (with talent that pales in comparison to his own) is incredibly frustrating. Why am I yelling at my T.V for a player on the opposing team to “SHOOT!”???

Off the Court: (Luxe beard, wore a thin blue line mask??? Who is this man, for real?)

This is an interesting one because I desperately did NOT want to include two Rockets players in my top 3, but here we are. As for Harden, he’s a bit of a recluse, opting to express himself on the court rather than through the endearingly contrived eccentricities of neon statement pieces and sideline dance routines. So, because of this, I’ll explain what I do enjoy about Harden’s game. His ISO plays, when under single coverage, are a one-sided dance. It’s ridiculously fun to guess which of the defensive missteps of his defenders he’ll choose to pounce on and exploit, hitting a coordinated two-step backward into a 30-footer before the opposing player has a chance to assess his mistake and recover accordingly. When it works, it is among the most gorgeous offensive plays in basketball today.

I’ve never seen a genuine superstar so hilariously boring off ball. Considering his usage rate, it’s not surprising he’s likely taking a breather when passing to his point guard. Harden stands at the left side of the arch, well beyond his already semi-boundless shooting range, completely out of the play. What tends to unfold is usually disastrous so you would think it would motivate him to get involved. Perhaps for some cuts and, God willing one day, prime post positioning. I just feel there’s a hollowness to his game that can easily be filled, and maybe this void is due to coaching/system. I’m sure we’ll find out soon enough.